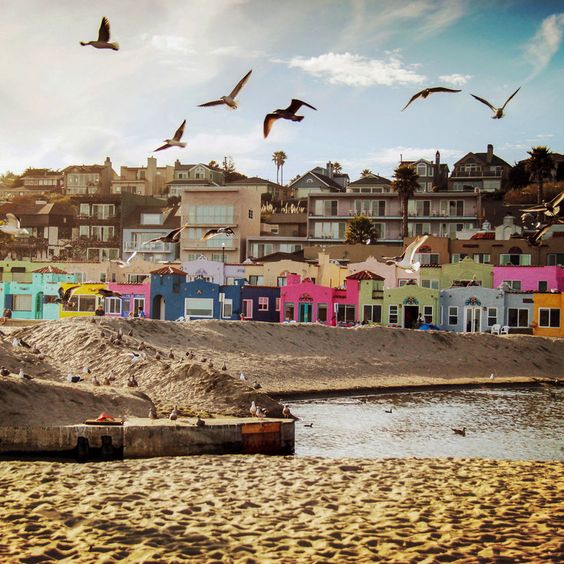 For the band with this name, see Luna Bay Band. For other uses, see Luna Bay (disambiguation)
Luna bay is a small coastal town in Monterey known for its boardwalk, downtown, parks, and marine reserves. It is situation south of Monterey at the center of the county.
Luna Bay is known for its moderate climate, coastline, redwood forests, liberal leaning, and being one of the few coastal towns to host few new residents. It is home to the University of California at Luna Bay, renown for Literature, Folklore, Native American Studies, and Marine Biology in partnership with the Monterey Bay Aquarium. The Bay Boardwalk, amusements, and surfing have made it a popular summer destination.
Present-day Luna Bay is tucked off the mission trail and was settled by a few wayward missionaries in 1790. It was incorporated in 1889 and chartered in 1890. The early industry included lumber, agriculture, sardines, and livestock. It became known for its surfing and as a beach town in the 1960s, and remained untouched before then.

Luna Bay is a fictional town based in California, USA Code Tessisamess